The vault complex in endocrine tumors 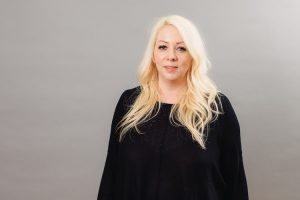 The vault complex in endocrine tumors

Malignant endocrine cancers are rare and heterogenous tumors with an overall poor prognosis. Many patients are diagnosed at an advanced stage of the disease and often highly resistant to commonly used systemic treatments. In an attempt to gather insights into specific drug response and resistance mechanisms we compared one therapy-responsive and one unresponsive tumor model for in a preclinical setting. Interestingly, our analyses identified so called vault RNAs 1 to 3 as highly therapy-induced transcripts and also modulation of the associated Protein-Complex. Although recently the vault complex was believed to be involved in multidrug resistance, the exact funtion of this large ribonucleoprotein complex has remained uncertain. With a molecular mass of 12.9 MD, the vault complex outmatches by far other cellular particles like ribosomes in size and is thereby the largest ribonucleoprotein so far described. The barrel-shaped particle consists of multiple copies of the evolutionary highly conserved major vault protein (MVP, previously described as lung resistance-related protein LRP), two minor vault proteins (TEP1 and VPARP) as well as the above mentioned small non-coding RNAs. The general aim of Project C05 is the investigation and modulation of vault particles with regard to therapeutic potential in endocrine tumors.

(II) Functional and Mechanistic in vitro studies including knock-downs and overexpression, among others